Today GeorgiaForward announced the addition of five new members to its Board of Directors: Carrie Barnes, Tippi Burch, Justice Britt Grant, Cole Posey and Kenita Williams. The non-profit, non-partisan organization, founded in 2010 to bring together business, political, academic and civil leaders to strengthen and improve Georgia, currently has thirteen members on their board and this brings the number to eighteen. All the new board members bring strong leadership skills and a commitment to community engagement.

“We are delighted to bring in new ideas and fresh perspectives to our board,” states Kris Vaughn, Executive Director of GeorgiaForward. “We are building a leadership pipeline across the state, and this is another way we are doing that. These new members will help diversify our board even more and will be a great addition to the incredible team of people we already have in place to guide and advise our work.”

Here’s an introduction to GeorgiaForward’s newest board members: 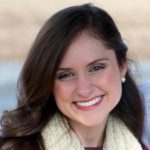 Carrie Barnes serves as a Community Development Consultant with Georgia EMC. She provides community development assistance to Georgia communities on behalf of the 41 Electric Membership Cooperatives (EMCs) that are part of the Georgia EMC membership. She is responsible for the facilitation of various projects, including strategic planning sessions, leadership programs, team building, and board retreats. She also co- facilitates the Georgia Academy for Economic Development. Carrie attended Mercer University and completed her Master of City and Regional Planning (MCRP) with a focus on Economic Development at the Georgia Institute of Technology. Carrie lives in Cartersville, Georgia with her husband. 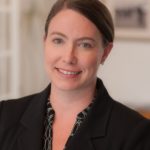 Carolyn “Tippi” Cain Burch is an attorney with the Atlanta law firm Chalmers Burch & Adams LLC.  In 2015, she was appointed by Governor Nathan Deal to serve a five-year term on the Board of Georgia Department of Community Affairs and currently serves as Secretary to the DCA Board.  She is also on the board of trustees for the Georgia Legal History Foundation, the executive board of the Atlanta Lawyers Chapter of the Federalist Society, and the administrative board of Peachtree Road United Methodist Church in Atlanta. Burch is a member of the Leadership Georgia Class of 2014 and was selected as a member of the 2015 class of lawyers “On the Rise” by the Fulton County Daily Report. Burch earned a bachelor’s degree from Auburn University and a law degree from the University of Georgia. She and her husband, Sam, have one daughter and reside in Atlanta, Georgia. 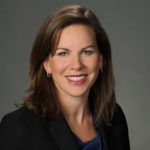 Justice Britt C. Grant was appointed to the Supreme Court of Georgia on January 1, 2017 by Governor Nathan Deal. After graduating from Wake Forest University as an Honor Scholar and receiving her Bachelor of Arts summa cum laude in English and Politics, Justice Grant worked in the Washington, D.C. office of then-Congressman Nathan Deal. Shortly before September 11, 2001, she began serving in the White House under President George W. Bush. She held several domestic policy roles in the Administration, including in the Domestic Policy Council and the Office of Cabinet Affairs. Justice Grant graduated from Stanford Law School in 2004. After law school, Justice Grant served as law clerk to the Honorable Brett M. Kavanaugh of the US Court of Appeals for the D.C. Circuit, then practiced at Kirkland & Ellis LLP in Washington, D.C. In 2012, Justice Grant and her family returned home to Georgia where she began service in the Office of the Georgia Attorney General as Counsel for Legal Policy, before being appointed Solicitor General from 2015-2017. Justice Grant currently resides in Atlanta, Georgia with her husband and their three children. 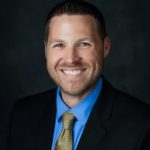 Cole Posey joined the Technical College System of Georgia as Director of Marketing, Communication, and Public Relations for Southern Regional Technical College in 2014. In 2015, he and his team began a comprehensive re-branding and philosophical shift in their approach to the College’s messaging. This moved the College into digital-forward advertising and helped grow enrollment at a rate above state averages. Prior to joining SRTC, Cole was the Executive Director of the Muscular Dystrophy Association’s middle Georgia district, where he and his team were responsible for fundraising, community outreach, patient services, and business development. Cole is an alum of Georgia College and State University’s J. Whitney Bunting College of Business where he earned a B.B.A. in Marketing in 2008. He recently completed his M.B.A. in Strategic Leadership at Amberton University. He and his wife, Julie, along with sons Liam and Wyatt, reside in Moultrie, Georgia. 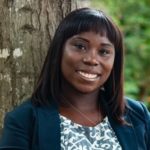 Kenita Williams joined the Southern Education Foundation (SEF) team in 2017 and serves as the Director of Leadership Development. In her role, Kenita oversees SEF’s signature leadership program for emerging leaders in the education equity space, the Southern Education Leadership Initiative (SELI), as well as a new initiative, the Racial Equity Leadership Network (RELN), an intense cohort-style fellowship for C-level leaders from school districts in the South committed to equity-centered systems change as a solution to addressing racial and economic disparities. Prior to joining SEF, Kenita was the Partnerships Manager for the Atlanta Public Schools’ (APS). Kenita earned her B.A. in Political Science from Yale University, her Master of Public Policy from the University of Michigan, and a teaching certificate from Georgia State University. Kenita lives in Peachtree City, Georgia with her husband, Adam, and daughter, Kennedy.

GeorgiaForward is a non-profit, non-partisan organization working to improve the state by strengthening communities, uniting the state, and creating a talent pipeline within Georgia. They serve as a catalyst to promote cross-sector conversations and partnerships. Their Young Gamechangers leadership action program has gained attention for working side by side with communities across the state to provide big idea recommendations and solutions for persistent challenges. For more information on their programs, and to find out how you can get involved, visit their web site: https://www.georgiaforward.org.

GeorgiaForward, Inc. is administered via contract by the Georgia Municipal Association, Inc.